Slow-Cooked Beef in Tomato Sauce with Spinach and Peas

How about a tender slow cooked beef that is braised in tomato sauce? And is made in the slow cooker! END_OF_DOCUMENT_TOKEN_TO_BE_REPLACED 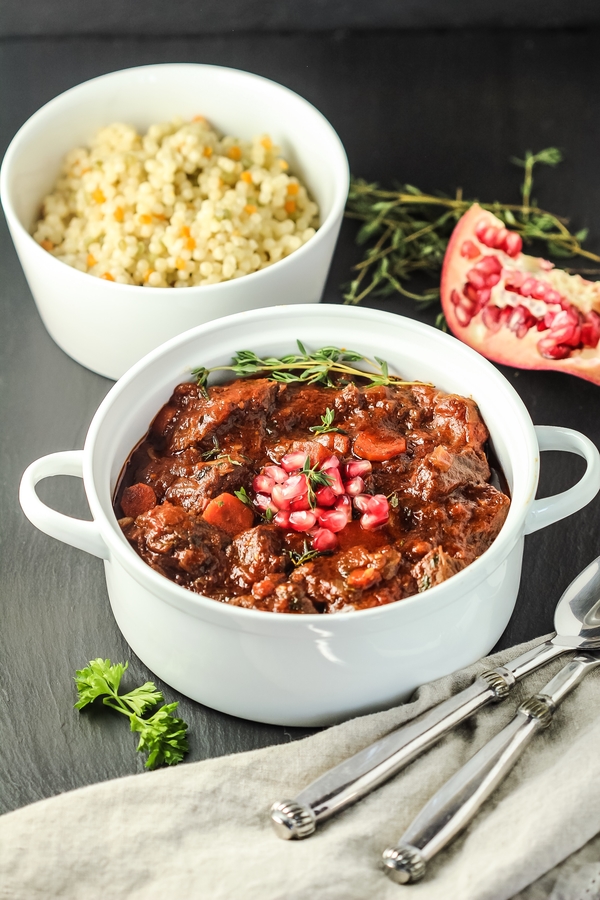 Nothing says “home cooking” like a comfort food! END_OF_DOCUMENT_TOKEN_TO_BE_REPLACED

Happy Friday! Its a beautiful day here is San Diego! Sunny and warm… My husband and I are taking advantage of it and going for a hike tomorrow, I can’t wait! Hopefully you all have exciting plans this weekend. I am sharing another weekly plan that is looking awfully tasty! I have two new one-pot dishes that are easy and ready in 30 minutes, and couple of dishes that i shared before, plus a couple of breakfast ideas! Enjoy!

If you make one of my recipes, take a picture and share on Instagram! Use hashtag #oceanviewkitchen

Have a nice weekend!

END_OF_DOCUMENT_TOKEN_TO_BE_REPLACED

There is something about the comfort food that we all love and adore. We all have our own version of comfort food and for a lot of us it’s the food we grew up eating. END_OF_DOCUMENT_TOKEN_TO_BE_REPLACED

Over the years, I tried different marinades for the flank steak depending on what mood I was in and what was in the kitchen. For this one, though, I tried to be deliberate and make something with a middle-eastern flair. I marinated the steak over night in red wine vinegar, lemon juice, allspice, oregano, cinnamon, nutmeg fresh parsley and garlic, and then quickly grilled it to perfection. It was very tender and juicy. I served it on the top of the chickpeas and sun-dried tomatoes salad, which were a perfect addition to this meal. This simple marinade is sure to become your go-to for grilling. Hope you use it the next time your grill!

END_OF_DOCUMENT_TOKEN_TO_BE_REPLACED

The most rewarding recipes are the ones that combine new ingredients and create a taste that did not expect. I am always trying to do this and this week I have been experimenting with Harissa Sauce in Moroccan cuisines. I choose Harissa because I was looking for something that I could combine with the sweet taste of fruit that would add something unique. This combination really exceeded my expectation on all counts. My husband said its one of the best dishes I ever made! I only had 5 minutes to take the picture as he was standing with the spoon behind me, waiting for me to finish so he can eat. The taste is incredible, savory, sweet, spicy, tangy and you can’t just stop eating. Hope you try this recipe and like it as much as we did!

END_OF_DOCUMENT_TOKEN_TO_BE_REPLACED

Cinco de Mayo is around the corner and its a perfect excuse to share some of my favorite Mexican dishes with you. These pork carnitas are bursting with flavor, extra tender and really delicious. There is just something about the meat and the tortilla and the toppings that I just can’t get enough of. This recipe is super easy – it takes less than 5 minutes to throw the ingredients into a slow cooker or pressure cooker. The pork is braised until very tender and then finished under the broiler to get it nicely caramelized. I am also sharing the toppings today to go with the pork carnitas: fresh tomato salsa, guacamole, red cabbage slaw with honey lime vinaigrette and Mexican style beans. Enjoy! 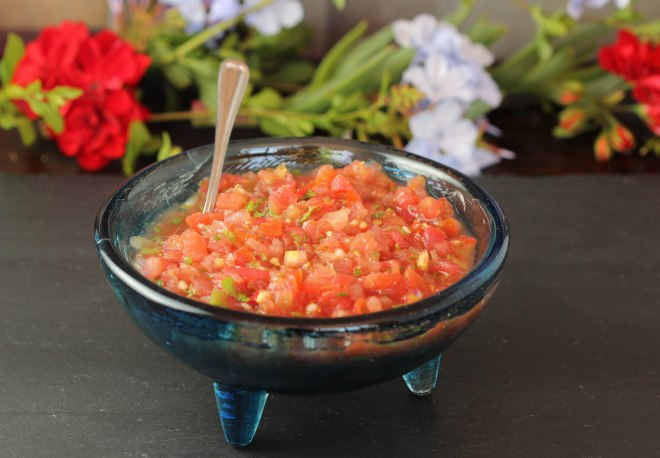 END_OF_DOCUMENT_TOKEN_TO_BE_REPLACED

My husband just came back from Shanghai on another trip to China. He goes so many times that we have a ritual upon his return. After a few weeks of Chinese food, I try to make home something overtly western. This time, I decided to make lamb rib chops. Nothing says welcome back to the west like lamb.

I used lamb ribs, because they are the absolute most tasty cuts to make chops. I marinaded them for 24 hours and then grilled it to perfection. I marinaded the meat in lemon and orange juice, yogurt, onions, garlic and fresh rosemary. These the best when marinaded for at least 24 hours and up to 2 days before grilling. The lamb ribs chops are cooked just long enough to be seared on the outside and juicy inside. This was the best lamb ribs chops I ever had. Tender, juicy and packed with flavors! 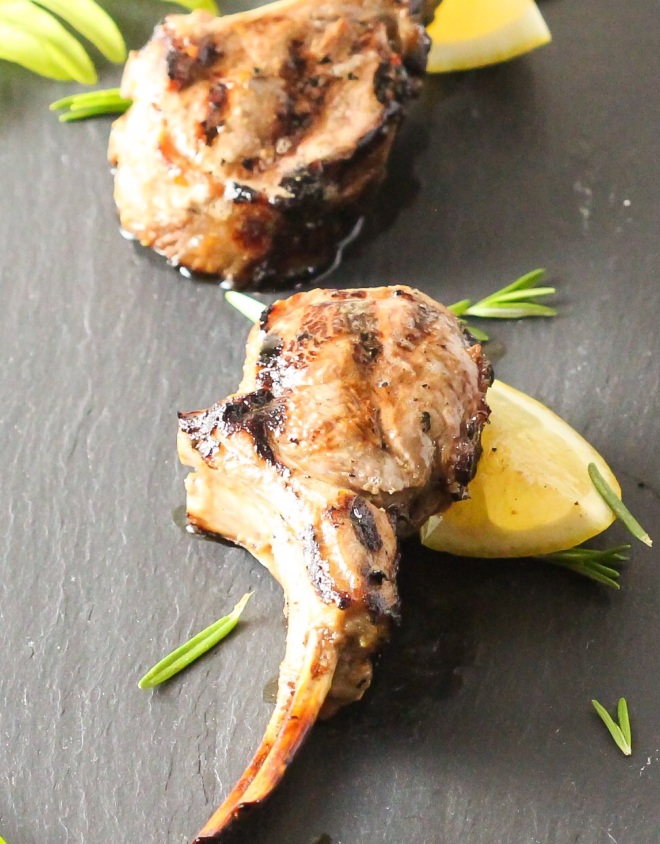 END_OF_DOCUMENT_TOKEN_TO_BE_REPLACED

The other day I got a flat tire. This was my first flat tire and typically when these things happen, I would tell my husband and new tires would magically appear (like, for him, new recipes for dinner magically appear!). This time, though, he was on a flight to China, so I was stranded… At least until he landed in Shanghai.

It was Sunday and I had planned on going to the grocery store to fill the cabinets with goodies for some new recipes that had been in my head for the better part of the week, but with the flat tire, I took stock of what I had and, pleasantly found I had the makings of a really delicious braised Korean short ribs dish.

Korean grilled short ribs are one of the most popular dishes in Korean restaurants. The ribs have a combination of sweet and savory flavors, which I like a lot. Traditionally, korean pear is used as a tenderizer, but I decided to go with a pineapple instead to add more tropical flavor. First, I seared the ribs in a pan and then braised the ribs in the oven for couple of hours until they fork tender and practically falling off the bone. The taste is simply fantastic, salty and sweet at the same time, flavored with garlic, onion, ginger, pineapple, orange and soy sauce. Serve it with rice, sesame seeds, green onions and sliced jalapeño peppers if desired.

By the way, my husband landed and organized new tires for me, so I hopefully will get to those other recipes this week!

I am bringing this sticky goodness to Angie’s Fiesta Friday!

I realize that this recipe does not exactly scream spring, but I think every season has room for a good comfort food recipe – especially with a twist. This recipe began as something completely different, but as I started gathering ingredients from the cupboard, a new concoction emerged in my head. My husband often tells me these “improvisational recipes” are his favorite, so I ran with it. What I ended up with was a bold and spicy twist on beef stew. The tomatoes, chipotle peppers and currants combined create new flavors and surprises for the palate, while the rich red sauce perfectly compliments the tender medallions of meat. The combination of the meat and sauce create a rich, deep red color that looks fantastic! I served this dish on a bed of brown rice and with a side salad to add additional texture and color.

I am bringing this delicious beef stew over to Angie’s Fiesta Friday this week!